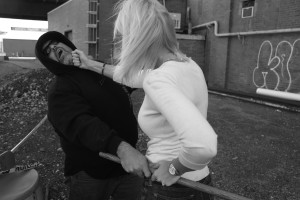 PPM, or Personal Protective Measures is a simple, but powerful Self Defense Curriculum designed specifically for the individual who has not already had in depth training.  The concepts are presented in an easy to understand language and physical framework, and the practitioner will walk away with core abilities and understanding that they can apply immediately.

PPM is the end result of decades of training and practical application of self defense concepts in high threat theaters around the world. 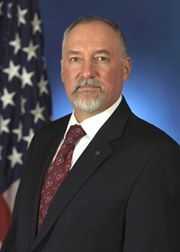 Phillip Legare Shihan is the senior instructor and founder of the Bujinkan Taka Seigi Dojo (BTSD), formerly headquartered in Tokyo, Japan. He started training in Chinese martial arts in 1970. After joining the US Marine Corps in 1973, he had a number of military assignments in the Far East in the 70s and early 80s and trained in a number of schools local to wherever he was stationed at the time. In 1977, while stationed in Misawa, Japan, Phil was initiated into Budo Taijutsu under Sensei Shoen Fukuda, who was the Soke for Chugoku KuKenpodo, but was also a ranking instructor in the Bujinkan. Phil started training solely in the Bujinkan in 1982 under Larry Beaver. In 1986, Shihan Doron Navon became Phil’s teacher and mentor and a year later was recommended for Shidoshi-ho (instructor license prior to the rank of Godan). In 1989, Phil traveled to Japan for training at the Bujinkan Hombu Dojo where he passed the Godan test at the old Kashiwa Dojo. This started an annual pilgrimage to Japan for training until moving to Tokyo for work. In 2003, he was awarded the highest rank in the Bujinkan, Judan-Ku level, and is recognized as a master instructor of Budo Taijutsu under Soke Masaaki Hatsumi. Hatsumi Soke also awarded Mr. Legare a Menkyo Kaiden (master’s license) in Shinken Gata (modern warfare) in recognition for developing a modern combative system for law enforcement personnel to deal with counter-terrorism related situations and for military and civilian deployers to fight in the global war on terror. Since 1996, Mr. Legare has taught this protection training to more than 3000 students who have gone into harms way. This combative system is now called Shinken Taijutsu in honor of Soke Hatsumi and in recognition of the strong tie to the Bujinkan and Budo Taijutsu. Shihan Legare’s Budo warrior name is, “Taka-Seigi” meaning Hawk Justice.

Shihan Legare is the recipient of 4 Bujinkan Gold Dragon Awards presented by Hatsumi Soke for martial arts excellence. Joanne Legare, Phil’s wife and a Judan in the Bujinkan who often co-teaches at his seminars, is also the recipient of a Gold Dragon Award. Both Shihan(s) Phil and Joanne lived in Japan for 4 years, training at Hombu with Hatsumi Soke on a weekly basis.

Over the years, Phil hosted 3 highly successful TaiKai’s in the USA (93, 98 and 01) with the 2001 Washington TaiKai DVD winning the prestigious Japan Literary Guild award for Best Sports Film of the Year 2001.

Mr. Legare has a Bachelor’s Degree in Sociology from New York State University and a Masters degree in National Security Strategy from the National War College, National Defense University.  He has written numerous articles that have appeared in martial arts magazines over the years. He is a sought after speaker and lecturer on personal protection and Warrior Ethos. He has lectured at the US Naval Academy and in Japan at the American Club in Tokyo, Japan. Legare Shihan has authored several Budo Taijutsu Instructor Manuals, as well as produced numerous instructional videos in Budo Taijutsu and Shinken Taijutsu.

A combat veteran, Master Sergeant Legare retired from the United States Marine Corps in 1996, with more than 22 years of honorable service. He is an Elite Life Member of the Veteran’s of Foreign Wars and also the American Legion. Mr. Legare was a 1996 graduate of the Federal Law Enforcement Training Academy’s Criminal Investigator Training Program and a Department of Defense Special Agent for 4 years. Mr. Legare is currently an executive level manager in the Executive Branch of government.

Phil is married to the former Ms. Joanne Thacker and has twin boys, Matthew and Joshua

When the time comes – Are You Prepared?

This message is only visible to admins.

When the Time Comes, Be Prepared!